Jack Curran's documentary captures the collective sweat condensing on the walls of 924 Gilman, the legendary Berkeley, California punk rock club. The film's message is that the band, audience and staff are all equally important to the success of the show. 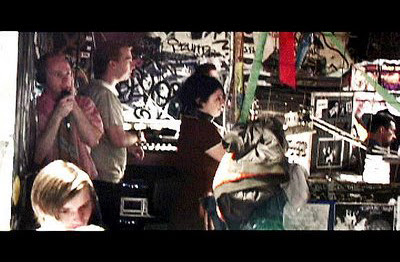 The history, inner workings, and impact of the club are revealed through interviews with Seminal artists that include Jello Biafra, Ian MacKaye, Lars Frederickson, Matt Freeman, Dave Scattered, Jesse Luscious, Sweettooth, and author Wendy-O-Matik.
The live performances shown in the film give you a small sense of what it is like to attend a show. Performances by Operation Ivy, Pansy Division, Fleshies, Ted Leo and the Pharmacists, Against Me, Jason Webley, Panty Raid, Screeching Weasel, Pinhead Gunpowder, Dominatrix (Brazil), D.S.B. (Japan), and Atom and His Package.
Jack Curran, Director said,  “I made this film in hope that people in other towns, across the U.S. and the world would be inspired and empowered to start a club of their own.”
Newer Post Older Post Home 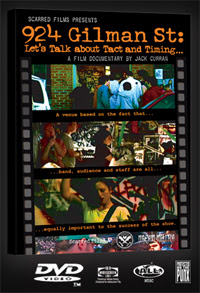 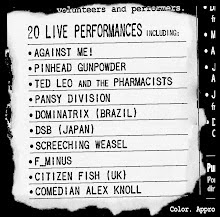 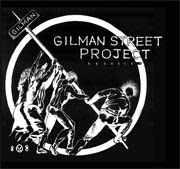 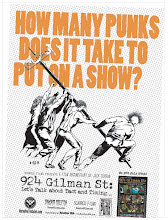